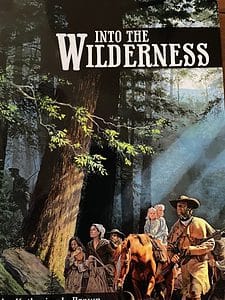 Into the Wilderness —  This permanent exhibit traces the history of the western spur of one of America’s first highway systems.  This road, formed along ancient animal trails and Iroquois footpaths, ran from Philadelphia, down through Virginia’s Shenandoah Valley, then forked, turning west toward the wilderness of Kentucky and beyond.  Known as the Great Philadelphia Road, the Great Wagon Road, or sometimes simply the Wilderness Road,  the road played a major role in the settling of America. The exhibit traces this richly drawn tale of American expansion and commerce, explaining the early development of the road and the reasons that tens of thousands moved up and down the road during the 18th and 19th centuries.

Hance Store Exhibit–The building that houses the Wilderness Road Regional Museum was once a store owned by Henry Hance, son of Newbern’s founder. The new exhibit recreates the Hance Store of the early nineteenth century. One of the most unique attractions is the original ledger Hance used to keep track of purchases made by specific customers. There are names of townspeople, which items they bought, and how the account was paid. This artifact recently won the honor of being placed on the Top 10 Endangered Artifacts by the Virginia Association of Museums. Our new exhibit features many of the items that the store would have sold–antique jars that hold spices, hanging herbs, tools, period clothing, and blankets. 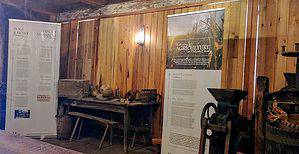 The History of Agriculture in Pulaski County–Visit our 1818 Barn to learn to how Indigenous people of the region farmed the lands along the fertile rivers and streams of our valley and how the Great Wagon Road brought a melting pot of cultures, crops, and domestic animals into the backcountry of the Virginia Colony starting in the mid 1700s. This exhibit traces the development of agriculture in Pulaski County, Virginia, from these early days to the present.

To help tell the story of Agriculture in the region, four local farming families from the 1700s to our modern time are highlighted to show how land use has evolved through the centuries in the county: the Guthries, Hance/Alexander, Hoges/Howes, and Bells.